The following are papers delivered at the Doris Lessing Society’s annual panels at the MLA convention:

Alternative Domesticities in the Works of Doris Lessing

Terry Reilly, Reading “The Grandmothers” through Diski’s In Gratitude and Nabokov’s Lolita

The panelists — Rachel Bowser, Bansari Mitra, Josna Rege, Sandra Singer, and Virginia Tiger — will describe their practices for using Lessing in the twenty-first century classroom and their strategies for illuminating current disciplinary topics and approaches with her work. Panelists will connect selected texts — including the stories “The Old Chief Mshlanga” and “To Room Nineteen” and the novels The Golden Notebook, The Memoirs of a Survivor, The Good Terrorist, The Fifth Child, and The Cleft — to the fields of narratology, gender and cultural studies, anti- and post-colonialism, and contemporary politics and history. Presentations will be brief so as to devote the bulk of the session to discussion among the speakers and audience members.

“In Pursuit of the Welfare State: Doris Lessing and Intervention,” Lisa Fluet, College of the Holy Cross. (Abstract: Fluet MLA 2016)

Program arranged by the D. H. Lawrence Society of North America and the Doris Lessing Society

The Annual General Meeting of the Doris Lessing Society will be held at 8:45-10:00 pm on Thursday, 8 January in 115 VCC West, Vancouver Convention Centre during the MLA Convention. All are welcome. We will be welcoming new President, Cornelius Collins and electing a new Vice-President. Nominations are encouraged.

The Doris Lessing Society has organized a special event to mark the passing of Doris Lessing. All are welcome. Cash bar and refreshments.

The Society’s Annual General Meeting will be held immediately after this special event.

The Doris Lessing Society panel is as follows:

The Doris Lessing Society has also organized a roundtable:

197. Learned Society Journals: Challenges and Opportunities in the Twenty-First Century

Here is a more detailed description of the roundtable.

506. “In Other Worlds”: Atwood and Lessing’s Speculative Fiction

Home and the Domestic: Virginia Woolf and Doris Lessing

Narrating Past, Present, and Future: Doris Lessing and Margaret Atwood 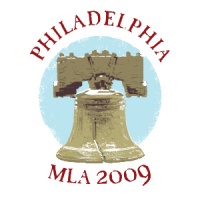 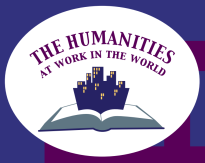 Trauma and the Works of Doris Lessing

Doris Lessing in the Classroom

Doris Lessing and the Real

Reassessing Lessing: Prescience and Prejudice in The Golden Notebook

Doris Lessing: Prophet or Maverick? Do Lessing’s works offer a vision for the future? How does Lessing shatter traditional modes of thinking?

“I Am Just Storyteller,” She Says: Studies in Lessing’s Narrative

Coming to Age: Doris Lessing and the Semiotics of Aging